Reading this on a computer screen? Thank Alan Turing. Not reading it in German? Thank Alan Turing again. Turing's theoretical work in the 30s laid the foundations for computer science; his more hands-on efforts as a codebreaker at Britain's Bletchley Park helped ensure that the Allies could read enciphered Nazi messages. Turing's reward for these services to his country—and species—was to be prosecuted for "gross indecency" after naively disclosing his homosexuality to police. He was subjected to chemical castration, had his security clearance revoked, and within two years took his own life by swallowing cyanide.

Now, more than half a century later, a British computer scientist has launched a campaign to secure a formal apology and posthumous pardon for Turing. It would be a small and purely symbolic gesture, but it seems like an appropriate one. Readers who hail from that side of the pond can join more than 24,000 signatories on a petition to the Prime Minister.

While Louisiana struggles to restore coastal wetlands ravaged in large part by decades of oil and gas drilling, its senior senator is leading the effort to lift the ban on drilling off Florida’s Panhandle.

U.S. Sen. Mary Landrieu (D-La.) is the lone co-sponsor of legislation sponsored by Sen. Lisa Murkowski (R-Alaska) to open up new areas in the eastern Gulf of Mexico to oil and gas development. Introduced last month, Senate Bill 1517 would allow drilling in federal waters 45 miles off the Panhandle’s coast. Current law bans drilling any closer than 125 miles off Panhandle beaches and 235 miles off Gulf Coast beaches from Tampa south.

Opposing the Murkowski-Landrieu plan is U.S. Sen. Bill Nelson (D-Fla.), a longtime foe of offshore drilling. He joins other Florida leaders worried about drilling’s impact on the state’s lucrative tourism industry, which in 2008 alone generated more than $65 billion for Florida’s economy and $3.9 billion for the state in tax revenue. Nelson has criticized the drilling bill as giveaway to the oil industry, McClatchy reports:

“This isn’t even thinly veiled,” Nelson said. “It’s an oil industry bailout plan. And it’s Alaska and Louisiana’s senators plan to boost their own revenues in tough economic times. But even in the toughest of times, there are some things states shouldn’t sell out, like Florida’s economy and environment.”

Why is Landrieu pushing the plan? She says it’s out of concern for rising oil prices—though the U.S. Energy Information Administration says drilling in areas that are currently restricted would result in negligible savings to consumers. Meanwhile, Landrieu and and Murkowski are among the top congressional recipients of campaign contributions from the oil and gas industry.

According to the Center for Responsive Politics’ OpenSecrets.org database, the industry is Landrieu’s second-biggest contributor besides lawyers, investing more than $711,000 in her campaigns over the past 12 years. In the 2008 election cycle, she ranked first among all congressional recipients of oil and gas PAC contributions, receiving more than $171,600.  The oil and gas industry is Murkowski’s third-biggest contributor after leadership PACs and electric utilities, donating more than $286,000 to her campaign over the past seven years; she’s also the top recipient of oil and gas PAC contributions in the current election cycle.

Last year the League of Conservation Voters placed Landrieu on their “Dirty Dozen” list of lawmakers, noting that her lifetime score from the environmental advocacy group of 43 percent made her the worst Democratic senator on environmental issues among those running for re-election.

“For a Senator from Louisiana, which faces severe consequences from global warming, to fail to protect Louisiana is disappointing,” LCV’s Tony Massaro said at the time. “Senator Landrieu joins the [Dirty Dozen] because she acts more to protect Big Oil than the future for the people of Louisiana.”

A football field lost every 38 minutes

Sen. Landrieu was among those who suffered personal losses from Hurricane Katrina four years ago, as the storm and the subsequent levee failures and flooding destroyed her lakeside home in New Orleans.

One reason the devastation to inland areas like New Orleans was so severe when the Category 3 storm hit Louisiana is because coastal wetlands that once served as storm breaks have been swallowed by the Gulf of Mexico. Over the past 75 years, Louisiana has lost more than 2,300 square miles of coastal wetlands—an area equivalent in size to the entire state of Delaware.

Between 1990 and 2000, Louisiana lost about 24 square miles of land each year—equivalent to about one football field lost to the sea every 38 minutes, according to the state’s Department of Natural Resources.

While some of Louisiana’s land loss can be blamed on natural processes, coastal experts say most of the destruction is due to human alteration of the landscape. One factor is the extensive levee system constructed along the Lower Mississippi River that prevents sediment from depositing naturally along the coast. Another key factor is the thousands of miles of oil and gas pipelines and canals cut through coastal wetlands, opening them up to saltwater intrusion that kills vegetation and leaves the land vulnerable to erosion.

In fact, between 40 and 60 percent of Louisiana’s coastal wetlands loss can be traced to oil and gas activities, according to the Gulf Restoration Network. From 1983 to 2008, for example, Houston-based Shell Oil dredged 8.8 million cubic yards of coastal lands in Louisiana while laying its pipelines—activity that GRN and other environmental advocates calculated as having caused the loss of 22,624 acres of wetlands.

Land loss is not the only environmental damage from oil and gas drilling. Last month alone, an oil spill in the Gulf of Mexico contaminated several beaches along the Texas coast, while a leak from a Shell pipeline 30 miles off the Louisiana coast created a nine-mile-long slick in the Gulf.

Storms increase the risk oil and gas drilling pose to the environment. Four years ago, Hurricane Katrina and Rita together caused 124 offshore spills that dumped more than 743,000 gallons of pollution into the ocean, according to the federal Minerals Management Service [PDF]. Onshore spills from pipelines, tanks and refineries added another 9 million gallons of pollution to the mess.

If no decisive action is taken to address coastal erosion, Louisiana is expected lose another 500 square miles of land by 2050—and that will have enormous consequences for communities throughout the state’s coastal parishes, where almost 2 million people live. And unfortunately, the current processes for addressing the problem are anything but decisive.

This past June, Steven Peyronnin, executive director of the Coalition to Restore Coastal Louisiana, testified at the U.S. Senate Committee on Environment and Public Works’ hearing on Louisiana’s coastal restoration. Noting that scientists and engineers have the expertise to restore sustainability to the landscape and protect vulnerable communities, he said what is lacking is a sense of urgency.

Peyronnin pointed out that it’s been more than four years now since the U.S. Army Corps of Engineers submitted a final report recognizing the severe wetland loss in coastal Louisiana and recommending five critical restoration projects for the near term. While Congress authorized these projects under the Louisiana Coastal Area (LCA) section of the Water Resources Development Act of 2007, only one is scheduled to begin construction before 2012. That meant none were eligible for funding under the recent economic stimulus package.

“Not only is the lack of progress a troubling obstacle to restoring a sustainable coast, but it has also negated the ability to leverage federal opportunities that could provide desperately needed funding streams and a strong sense of urgency,” Peyronnin told the committee. “Without a single project ready for construction, LCA projects were not considered in the American Recovery and Reinvestment Act of 2009 because they fell far short of the shovel ready requirement intended to urgently move projects forward.”

In authorizing the LCA, Congress also directed the Secretary of the Army to come up with a comprehensive long-term restoration plan, but this still has not been done. Instead, the Corps is relying on an older document—the Louisiana Coastal Protection and Restoration Technical Report—that has shortcomings. For example, it provides no framework for how restoration efforts work with navigation activities, which currently focus on dumping sediment too far offshore to maintain coastal wetlands.

Peyronnin testified that the delay of LCA projects and the Corps’ failure to comply with congressional mandates show that the traditional model for carrying out coastal restoration projects is “ill-suited” to respond to the crisis.

“If this pattern of delay continues,” he warned, “it will eliminate any chance of success.”

Earlier this month, Louisiana officials released recommendations for speeding up Corps projects, which currently take an average of 40 years to complete. But the recommendations remain in the discussion stages.

A starker choice for Florida

Sen. Landrieu has long been an advocate for coastal restoration efforts. For example, the annual energy and water appropriations bill recently passed by the Senate contained hundreds of millions of dollars for Army Corps projects in Louisiana that she championed, including coastal restoration initiatives.

But her push to allow the oil and gas industry to expand its operations in the Gulf of Mexico while federal processes to address land loss remain in disarray would inevitably mean putting other areas of the Gulf Coast at risk of the same drilling-related wetlands destruction experienced by Louisiana.

Unlike Louisiana, Florida has long opposed drilling off its coast, seeing it as a threat to the state’s $65 billion annual tourist economy. When Chevron discovered natural gas deposits in Florida waters in the late 1980s and early 1990s, for example, the state objected to plans to tap them, leading the Bush administration to buy back leases from Chevron, Conoco and Murphy Oil for $115 million.

This past April, amid concern about rising energy prices, the Florida House passed a bill allowing offshore drilling in state waters—but the measure died in the Senate.

Then along came Murkowski’s and Landrieu’s bill, which resembles an amendment in a Senate energy bill written by Sen. Byron Dorgan (D-N.D.) that would also permit oil and gas rigs within 45 miles of Florida’s Gulf coast, McClatchy reports. But unlike Dorgan’s proposal, the Murkowski-Landrieu plan includes a revenue-sharing provision to sweeten the deal.

In 2006, another piece of legislation sponsored by Landrieu gave Alabama, Louisiana, Mississippi and Texas 37.5 percent of proceeds from fuel production in the Gulf—returning to the states an estimated total of $6 billion a year that previously went to the federal government. The arrangement aimed to compensate them for the environmental cost of pipelines and other infrastructure.

Florida wanted no part of that earlier deal, but Landrieu hopes the revenue-sharing provision will hold appeal because of the state’s fiscal crunch. As she wrote in a June op-ed that ran in the Capitol Hill newspaper Roll Call:

Had revenue sharing been a part of the bargain, Floridians would have faced a choice involving rewards and not just risks. Given Florida’s current $6 billion budget deficit, such a choice would be starker today.

But as Sen. Nelson has pointed out, the proposal is hardly a panacea for Florida’s financial woes, since the money states raise from offshore drilling in federal waters can be used only to repair damages caused by drilling, such as coastal restoration and pollution cleanup.

The question facing the Senate is whether that makes drilling worth the environmental damage that Florida will inevitably suffer.

via feeds.grist.org
Former Lt. Calley Apologizes For My Lai Massacre: a bit late
via grist.org 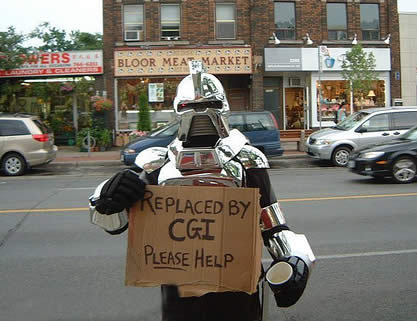 via bspcn.com
PETA's New "Save The Whales" Billboard Takes Aim At Fat Women
DR. ANDREW WEIL: Why I Am a Conservative on Health Care Reform


This covers only a start and misses the well-care approach completely, but still provocative.