This study, conducted by Trucost shows that the externalities resulting from a lack of direct cost to environmental impact are enormous.

The Guardian astutely points out "The true figure is likely to be even higher because the $2.2 trillion does not include damage caused by household and government consumption of goods and services, such as energy used to power appliances or waste [and more].

The amount of wind power that theoretically could be generated in the United States tripled in the newest assessment of the nation’s wind resources.

Current wind technology deployed in nonenvironmentally protected areas could generate 37,000,000 gigawatt-hours of electricity per year, according to the new analysis conducted by the National Renewable Energy Laboratory and consulting firm AWS Truewind. The last comprehensive estimate came out in 1993, when Pacific Northwest National Laboratory pegged the wind energy potential of the United States at 10,777,000 gigawatt-hours.

Both numbers are greater than the 3,000,000 gigawatt-hours of electricity currently consumed by Americans each year. Wind turbines generated just 52,000 gigawatt-hours in 2008, the last year for which annual statistics are available.

Though new and better data was used to create the assessment, the big jump in potential generation reflects technological change in wind machines more than fundamental new knowledge about our nation’s windscape.

Wind speed generally increases with height, and most wind turbines are taller than they used to be, standing at  about 250 feet (80 meters) instead of 165 feet (50 meters). Turbines are now larger, more powerful and better than the old designs that were used to calculate previous estimates.

“Now we can develop areas that in [previous decades] wouldn’t have been deemed developable,” said Michael Brower, chief technology offier with AWS Truewind, which carried out the assessment. “It’s like oil reserves. They tend to go up not because there is more oil in the ground but because the technology for accessing the oil gets better.”

The new maps, above, are useful for would-be wind-farm developers who need to find promising sites on which to place their turbines. They want locations with high wind speeds, access to transmission lines, cheap land and a host of other smaller logistical concerns. If you purchase the best versions, the Truewind maps have a resolution of 650 feet (200 meters), which is less than the spacing between modern machines. That means they can be used to provisionally site individual machines on the ground. Many estimates have been made of the wind energy potential of the United States and the Earth. John Etzler made one of the first way back in the 1830s. He used loose numerical analogies to sailing ships to calculate that “the whole extent of the wind’s power over the globe amounts to about … 40,000,000,000,000 men’s power.”

The water-pumping windmill industry flourished in latter half of the 19th century, but wind energy potential calculations did not advance past the back-of-the-envelope until after World War II. When Palmer Putnam attempted to find the best site in Vermont for the first-megawatt sized wind turbine in the early 1940s, his first line of analysis was to look at how bent the trees were.

The 1980s saw a boom in wind energy in the state of California, driven by a number of federal and state incentives as well as an active environmental culture. Back then, the only way to really know how hard and often the wind blew was to put up a tower covered in sensors and measure. So, wind-farm developers concentrated their efforts on three areas — Tehachapi, Altamont Pass and San Gorgonio — and covered the places with towers to measure the wind.

“I still have some databases from back then and you look at them and say, ‘Oh my, they had 120 towers up,’ or something crazy,” Brower said. “That’s not how it’s done anymore.”

Even low-resolution regional maps did not exist until the early 1980s and the first national map was only published by the National Renewable Energy Laboratory (née Solar Energy Research Institute) in 1986. As you can see from the map above, it was more of a general guide than a series of detailed local estimates.

The real boom in wind data came with the availability of cheap computational power in the late 1990s. It was then that Brower’s company began being able to marry large-scale weather models with small-scale topographic models. They created a parallel process for crunching wind data and ran it on small, fast PCs to get supercomputer-level power at low cost. Then, they refined their estimates with data from 1,600 wind measurement towers.

The result is a much more accurate forecast. Truewind’s estimates of wind speed at a location have an uncertainty margin of 0.35 meters a second. Good wind sites have average wind speeds of between 6.5 and 10 m/s, though most onshore areas don’t get above 9. Perhaps more importantly, their estimates for how many kilowatt-hours a turbine in a location will produce are accurate to within 10 percent, Brower stated.

The newest models are now sufficiently good that developers don’t need as much on-site data. They do still use towers to check the maps and models produced by companies like Truewind, but not nearly as many, which reduces the expense and time that it takes to execute a project.

The new data, including these maps and forecasting models, may not directly make wind farms cheaper, but the advances certainly makes them easier to plan for, develop and operate.

“I think of it more as greasing the wheels of the process more than producing a really big cost savings,” Brower said. “You reduce the friction, the transaction costs, and that enables you to get where you’re going faster.”

The better processes, along with state renewable-energy mandates, seem to be helping. In 2009, 10 gigawatts of wind capacity was installed in the United States to bring the nation’s total to 35 gigawatts.

The data plays a more subtle role, too. In helping make the case that wind energy can play a very substantial role in supplying electricity, the new maps and estimates could help convince industrial and political leaders to support renewable energy, particularly in windy heartland states like Kansas, Montana and Nebraska. Alexander M. Haig Jr., the mercurial four-star general who served as a confrontational secretary of state under President Ronald Reagan and a commanding White House chief of staff as President Richard M. Nixon’s administration crumbled, died Saturday in Baltimore. He was 85. 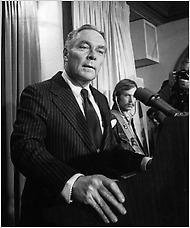 Secretary of State Alexander M. Haig Jr. on March 30, 1981, the day of an assassination attempt on President Ronald Reagan.

He had been admitted to Johns Hopkins Hospital on Jan. 28, said Gary Stephenson, a hospital spokesman, and died there at approximately 1:30 a.m.

Mr. Haig was a rare American breed: a political general. His bids for the presidency quickly came undone. But his ambition to be president was thinly veiled, and that was his undoing. He knew, Reagan’s aide Lyn Nofgizer once said, that “the third paragraph of his obit” would detail his conduct in the hours after President Reagan was shot, on March 30, 1981.

That day, Secretary of State Haig wrongly declared himself the acting president. “The helm is right here,” he told members of the Reagan cabinet in the White House Situation Room, “and that means right in this chair for now, constitutionally, until the vice president gets here.” His words were tape-recorded by Richard V. Allen, then the national security adviser. His colleagues knew better. “There were three others ahead of Haig in the constitutional succession,” Mr. Allen wrote in 2001. “But Haig’s demeanor signaled that he might be ready for a quarrel, and there was no point in provoking one.”

Mr. Haig then asked, “How do you get to the press room?” He raced upstairs and went directly to the lectern before a television audience of millions. His knuckles whitening, his arms shaking, his knees wobbling, Mr. Haig declared to the world, “I am in control here, in the White House.” He did not give that appearance.

Seven years before, Mr. Haig really had been in control. He was widely perceived as the acting president during the final months of the Nixon administration.

He kept the White House running as the distraught and despondent commander in chief was driven from power by the threat of impeachment in 1974. “He was the president toward the end,” William Saxbe, the United States attorney general in 1974, told the authors of “Nixon: An Oral History of His Presidency,” (HarperCollins, 1994). “He held that office together.”

Henry Kissinger, his mentor and master in the Nixon White House, also said the nation owed Mr. Haig its gratitude for steering the ship of state through dangerous waters in the final days of the Nixon era. “By sheer willpower, dedication and self-discipline, he held the government together,” Mr. Kissinger wrote in his memoir, “Years of Upheaval.”

He took pride in his cool handling of a constitutional crisis without precedent. “There were no tanks,” he said during his confirmation as secretary of state in 1981. “There were not any sandbags outside the White House.”

Serving the Nixon White House from 1969 to 1974, Mr. Haig went from colonel to four-star general without holding a major battlefield command, an extraordinary rise with few if any precedents in American military history. But the White House was its own battlefield in those years. He won his stars through his tireless service to the president and his national security adviser, Mr. Kissinger.

Mr. Haig never lost his will. But he frequently lost his composure as President Reagan’s secretary of state. As a consequence, he lost both his job and his standing in the American government.

Mr. Nixon had privately suggested to the Reagan transition team that Mr. Haig would make a great secretary of state. Upon his appointment, Mr. Haig declared himself “the vicar of foreign policy” — in the Roman Catholic Church, to which he belonged, the Pope is the “vicar of Christ” — but he soon became an apostate in the new administration. He alienated his affable commander-in-chief and Vice President George H. W. Bush, whose national security aide, Donald P. Gregg, described Mr. Haig as “a cobra among garter snakes.”

He served for 17 months before the president dismissed him with a one-page letter on June 24, 1982. Those months were marked by a largely covert paramilitary campaign against Central American leftists, a dramatic heightening of nuclear tensions with the Soviet Union, and dismay among American allies about the lurching course of American foreign policy. In the immediate aftermath of his departure came the deaths of 241 American soldiers in a terrorist bombing in Beirut and, two days later, the American invasion of Grenada.

“His tenure as secretary of state was very traumatic,” recalled John M. Poindexter, later President Reagan’s national security adviser, in the oral history book “Reagan: The Man and His Presidency” (Houghton Mifflin, 1998). “As a result of this constant tension that existed between the White House and the State Department about who was going to be responsible for national security and foreign policy, we got very little done.”

Mr. Haig said the president had assured him that “I would be the spokesman for the U.S. government.” But he came to believe — with reason — that the White House staff had banded against him. He blamed in particular the so-called troika of James A. Baker III, Edwin Meese, and Michael Deaver.

“Reagan was a cipher,” he said with evident bitterness. “These men were running the government.” 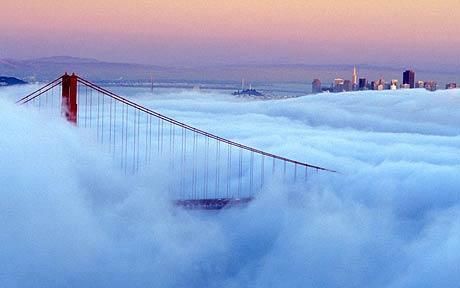 via telegraph.co.uk
via time.com